New York, NY — Republican presidential nominee Donald J. Trump announced today that he and his healthcare advisers have devised a new plan to repeal and replace the Affordable Care Act, or Obamacare. Trump said that under his new plan, all doctors would be replaced with Republican voters who would just watch videos of their patients, and make sweeping diagnoses based on their untrained medical advice.

“Obamacare is a disaster,” Trump said, “but you know me. I make things bigger, and better. So we came up with a disaster that we think is bigger than Obamacare. It’ll be the biggest disaster in American history, mark my words. Hugely successful disaster.”

Trump said that in his estimation the cost of repealing Obamacare and setting up an infrastructure of webcams and laptops for Republican voters to start giving medical care to complete strangers they’ve never met personally will be high, but he has a plan for mitigating it.

“Mexico will pay for it all,” Trump said, “and if they don’t — and believe me, they will folks. I know how to get deals done. Just look at all my Chapter 11 deals I’ve made with my creditors.”

The alleged-billionaire and confirmed literal diarrhea in a suit told reporters that if Mexico balks and doesn’t pay, he has yet another solution to the cost problem.

“I have friends in high places,” Trump said with a wink,”like in other governments. I don’t want to spoil the surprise, but let’s just say that I’ll have people…RUSSIAN to help us, if you know what I mean. Get it? Get it, guys? I said ‘RUSSIAN’ to help, like you know, Russia?”

“I’m going to ask Russia to pay for it,” Trump said, explaining his joke, which is what makes jokes the most hilarious anyway.

When reporters asked what kinds of ailments that these new video doctors would diagnose, Trump told them “all of them, literally all of them.”

“We all know that Republicans are so damned smart,” Trump said, “that they don’t need a near-decade’s worth of medical training at some liberal indoctrination university to be good doctors. They just need good horse sense, a pair of eyes, and the ability to spot health-related issues via a YouTube video, the grainier and more out of focus the better.” 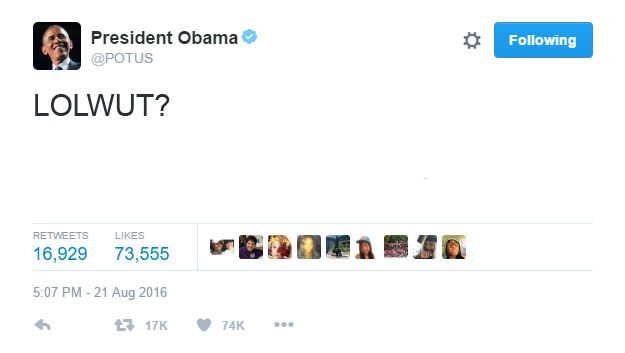 Republished from The Political Garbage Chute.

Reporter Dismayed by Lack of Racism at Trump Rally

32 Photos from INSIDE Chemtrail Planes Like You’ve NEVER Seen Before!